(CNN)It’s been four years since the Grenfell Tower disaster; four years since a fire engulfed the residential building where 72 people lost their lives and hundreds of others lost almost every possession they owned.

It was a tragedy that shocked the UK — and the world — and tore a hole into the West London community in which the gutted tower still stands.
As the public inquiry into the fire rumbles on, that same community is left picking up the pieces, rebuilding lives, and doing its best to pull together to overcome the most unimaginable pain.
Rupert Taylor has lived in the area his entire life and, in the days following the fire, founded a football team that provided solace to some of those struggling to cope.
He worked in the first community center to open its doors in response to the fire. In the hours and days after the disaster, the center welcomed donations from the local community and was inundated with care packages.
It was there that he met a survivor from the tower, a young man who Taylor says inspired the creation of the team which would eventually become known as Grenfell Athletic FC.
“Over the few weeks, I befriended him and we went out for a couple of meals,” Taylor tells CNN Sport.
“He disclosed to me that he lost his parents a few years previously, only three months apart.
“I just asked him how he got through such a difficult period with his mum and dad passing […] and he said football. So I said to him, ‘Right, we’ll create a football team then.'”
READ: Adele and Stormzy appear in emotional Grenfell Tower survivors video 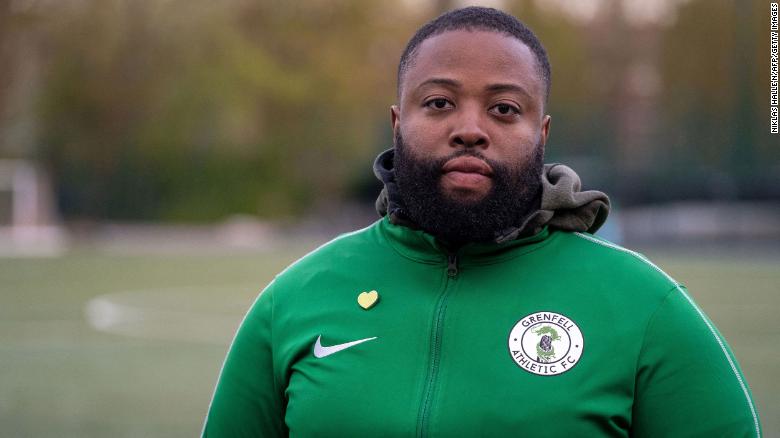 ‘Football has a marvelous way of connecting people’

In the four years since its creation, the team has continued to grow in size. Only those close to the community, affected by the tragedy, are able to join, but the squad has grown rapidly in size since the early days.
Its latest kit launch attracted attention from those at the very top of the game, with England captain Harry Kane being one of the sport’s biggest stars to wear the Grenfell green.
Now competing in the lower levels of the English football pyramid, the team continues to offer support to those affected by what happened on June 14, 201​7, while maintaining the legacy of those who lost their lives.
“Football has a marvelous way of connecting people, you can learn so much from football but about yourself. You get the camaraderie, but you also get the kind of individual aspects of football,” Taylor says.
“Both physically and mentally, football is challenging, but for all the right reasons.”
Like many players on the team, Kailume Alexander Harley Backer, 23, was in the area the night of the fire and watched as it rapidly made its way up the block of flats.
He says the world “didn’t feel real” in the weeks after but says having the opportunity to play football every Sunday was an opportunity to take his mind off things.
“The first couple of years, it affected me quite a lot, even to go to work,” Backer tells CNN. “I’m a dustman so I literally work on the streets around Grenfell. I would see it all the time, it would be so close to home.
“It still affects me now, just thinking of it, because it just brings back flashbacks. I lost a lot of people that I knew that lived in the tower. So having something like this, it kind of brings a cure to my mind.”
READ: How boxing is changing the way society looks at women in Gaza

‘I know what I’m playing for’

“I normally block it out the majority of time when I’m playing but we need to remember what we’re playing for,” Backer says.
“The badge is Grenfell Athletic and before every game, before I step on that field, I know what I’m playing for.”
The distinctive badge on the green kit has become a hallmark for the club. Taylor says a lot of thought went into the design, which sees a dragon wrap itself around a picture of Grenfell Tower.
“If you look at the origins of a dragon, you see that the dragon represents protecting precious items, it would protect gold, jewels, diamonds, just anything that the dragon saw as precious,” he says.
“Precious to us is Grenfell Tower, precious to us is our community. We wanted the dragon to wrap its way around the tower to ensure that it would protect the community, bereaved​, and the survivors of the tower.” 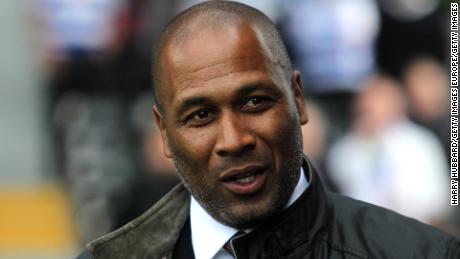 ‘It was horrific and words can’t explain’

Unity is very important to the team and it’s a word used a lot by those involved. It’s an approach which translates into good results on the pitch and means everyone at the club is treated like family.
The team’s captain, Kerry Clifford, was nearby when the fire started four years ago and finds it hard to describe his feelings about what happened that night.
He lost a close family friend in the tragedy and, from working with children in the community, he knew many youngsters who lived in the block.
Others in the team have painfully similar stories and it’s that shared trauma that has brought the team so close together.
“We are a bunch of boys who have all felt different things but we’re a unit,” Clifford tells CNN. “It’s one for all and all for one.”
That mutual respect and tight bond is reminiscent of the diverse community in which the club has its foundations. 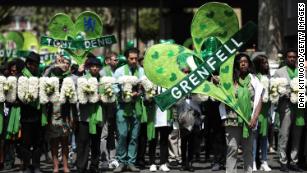 Grenfell Tower victims remembered with silent walk one year after fire
Most of the boys in the team grew up together around Grenfell, spending countless hours playing football in the shadow of the tower. Some were still living in the block on that night.
“It was horrific and words can’t explain the experience I experienced that night and the things I saw as well. It was hard to come out. I survived,” current player Joseph John, 30, tells CNN.
“[Grenfell Athletic] is a family, these guys are my brothers. When I came to this team, I didn’t know anyone and then the support I got.
“There is a level of respect, a level of responsibility and a level of love they show each and every one […] it carries us a long way.”
While winning trophies and championships remains an ambition for all those on the team, no one ever forgets the true origins of the club.
It’s a pillar of strength in the community and a beacon of hope stemming from the darkest of nights.
Keeping its roots firmly in the community is important for Taylor. After all, it was the community that made the team possible.
“I remember in the very early days when Grenfell first took place and there was a lady that rocked up [to the community center],” Taylor says.
“She had a trolley with a couple of tins of beans, a blanket and some pasta. She made it clear that ‘I haven’t got much to give. But whatever I have to give, I’ll share.’
“Those moments, those key moments in my life will never be forgotten. So the team offers me therapy because I support the members in it, not just on the pitch, but also off the pitch.
“It’s people like that lady that I remember every single time I step into the Grenfell Athletic shoes and I put the badge on.
“I don’t know her. I didn’t get her name but it was an extremely powerful moment.”
READ: He lost his brother to a shark attack, but surfer still views ocean as ‘sacred place’ 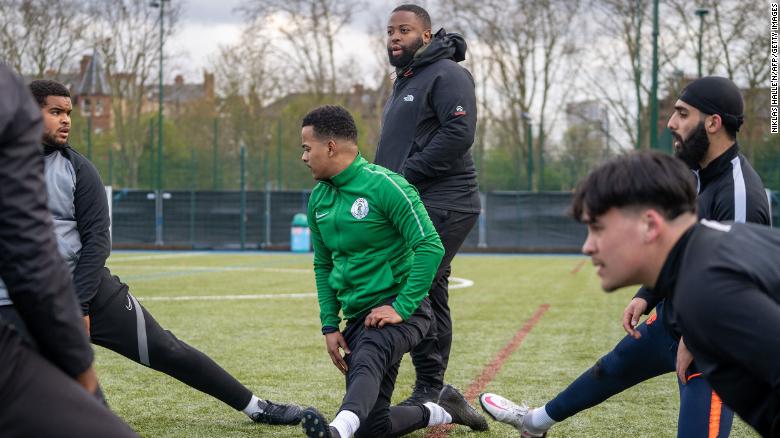 The team has continued to grow in the four years after the fire.

Future for the club

emilly graceGeneralOctober 28, 2022
Car door parts are there to serve the car doors, not the other way around, right? This statement holds true …
END_OF_DOCUMENT_TOKEN_TO_BE_REPLACED

CAN A WOMAN WEAR A PURPLE DRESS TO A WEDDING?

Andy StephenGeneralJune 23, 2022
Purple dresses and purple wedding gowns can be both majestic and elegant while still being fun and celebratory. Is It …
END_OF_DOCUMENT_TOKEN_TO_BE_REPLACED