The Best Controllers For The Nintendo Switch 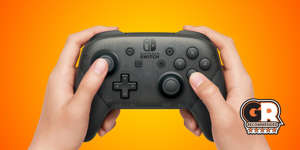 Probably the most influential game company in the history of time, Nintendo is known to be very innovative. Whether it’s the original NES, Game Boy, Nintendo 64, or Wii, their consoles have broken down barriers and taken gaming to the next level. When the Nintendo Switch launched worldwide on March 3, 2017, the trend continued and Nintendo introduced something exciting and truly unique. They have introduced the next generation of consoles with beautiful graphics that gamers can take anywhere. Consoles like these offer multiple ways to play, creating the need for multiple controller options.

There’s nothing quite like playing a game on the Nintendo Switch. Players can play with a regular controller or a dedicated Joy-Con controller. A gamer may prefer to use a traditional controller in some games but prefer Joy-Cons in others. There are so many controller options for the Switch that it’s hard to know which one is the best. The rest of this article will highlight the best options in various categories.

While the price may be higher than other options, the Nintendo Switch Pro Wireless Controller is the best controller ever for the Nintendo Switch. It’s the perfect size, has a 40 hour battery life, and has perfect connectivity. Features motion controls, HD rumble, built-in Amiibo functionality, and more.

Sometimes if you want the best, you have to go straight to the source. The Wireless Controller Pro is a near perfect game controller made by Nintendo itself. In terms of comfort and quality, it is second to none. Combining the best parts of the Wii Classic Pro Controller, GameCube Controller, and Xbox Controller, the Pro Wireless Controller is the pinnacle of good things. Not only is it comfortable and responsive, but it also has a lot of additional features. It has HD vibes, motion controls and can interact with Amiibo.

The Nintendo Pro Wireless Controller comes in a black color scheme. Over the years, the legendary Japanese game company has released a number of special editions of these controllers. Splatoon , Monster Hunter Rises , Xenoblade Chronicles , and Super Smash Bros. There is a variation of Ultimate . Whatever you choose, the wireless controller looks premium.

PowerA has packed a lot of great features into this wired controller. Two programmable back buttons can give players a huge advantage in multiplayer battles. Choose from over 30 unique skins featuring characters like Mario, Link, Kirby and more.

Gamers have debated for years whether wireless or wired controllers are better. Of course, it all comes down to personal preference. If you’ve finally decided to go with a wired controller for the Nintendo Switch, there are plenty of options to choose from. While there are plenty of stellar options out there, nothing beats the PowerA Spectra Enhanced Wired Controller. This controller is so good that it even has one feature that Nintendo’s Wireless Pro Controller lacks. two assignable buttons on the back. These buttons can give players a huge advantage as they can be programmed to do anything and are quicker to access than regular buttons. Also, the design is great. It’s a nearly perfect size in a shape similar to the Pro Wireless Controller, and the three meter detachable USB cable provides plenty of length in most cases.

One of the best things about the PowerA Spectra Enhanced Wired Controller is that it comes in a variety of styles. There are currently 33 options to choose from on Amazon. The standard version comes in a black design, combined with LED lighting and can be quickly changed to one of eight fantastic color options. PowerA has partnered with many popular brands to feature some of the world’s most popular gaming characters on their controllers. There are options that include characters and elements from Mario, The Legend of Zelda , Pokémon , Crash Bandicott , Animal Crossing , and many more.

Gamers will feel better with a pair of Nintendo Joy-Cons when it comes to motion-controlled gaming. With 20 hours of battery life and pluggability, this controller is a great value for money. Choose from over 10 colors and special editions.

Often imitated but never duplicated, Nintendo Joy-Cons are the best Joy-Cons available for the Switch. While some third parties offer cheaper options, they fall short on latency and duration. The Nintendo Wireless Joy-Cons are a top choice for motion-controlled games. Designed to work perfectly as an extension of your body, it’s free and easy to use. On a full charge, they get around 20 hours of playtime, allowing for plenty of sessions before you have to worry about charging. Neat controls, flawless design and wireless connectivity make this option unbeatable.

Gamers will love the Nintendo Joy-Cons which come in different colors and special editions. If someone is looking to add some personality to their controller, they should have no problem finding a specific color or character. There are only 11 color choices, including calm colors like gray or white and bright colors like neon green or purple. Additionally, Nintendo has released many special edition Joy-Cons in partnership with games such as Pokémon. Come on, Eevee!, Disney Tsum Tsum, The Legend of Zelda . Skyward Sword HD and Animal Crossing. New Horizons :

If you’re on a tight budget, this is a great option for a Nintendo Switch controller. Perfect for kids, this controller is slightly smaller and has a variety of fun designs. Despite its low price, it packs a lot of extra features, including turbo settings, vibration, motion control and two programmable back buttons.

Can gamers really expect to find a quality Switch controller for less than $20? Turns out they can. The FLIEEP Wireless Switch Controller is the best budget option in a market full of less expensive options. The manufacturer of this controller has managed to combine several features and somehow lowered the price. This controller features three levels of turbo function, four levels of vibration, six-axis motion control, 10-15 hours of battery life, two programmable buttons on the back, and a smaller, kid-friendly size.

This is an amazing driving opportunity for the sons, daughters, nephews and nieces of the world. The perfect size for them, the controllers come in many color combinations. The colors are meant to remember some familiar faces like Batman, Pikachu, Captain America, etc. A fun and highly functional controller for under $20. Hard to beat.

Mario is the perfect embodiment of all the fun in video games. Get the classic Super Mario look with a controller packed with premium features. 30 hours of battery life and two additional assignable buttons on the back are just two reasons that make it a great game controller.

Whenever Nintendo is mentioned, the first thing that comes to mind is Mario’s beloved mascot. The world’s most famous plumber hasn’t stopped smiling since beating Donkey Kong in 1981. Over 40 years since then, Mario has become the face of not only Nintendo, but video games in general. With such an appreciation for the character, players will surely appreciate the controller showing his face or referencing his wonderful world and his friends in the Mushroom Kingdom.

With both Nintendo and third-party options, there are plenty of Mario controller options for the Switch. Since one doesn’t just want to look good, they also need to perform at a high level, so your best bet is the PowerA Enhanced Wireless Controller for Nintendo Switch with Mario Pop design. Exclusive to Amazon, this controller not only has the great features of the PowerA wired controller, but also wireless connectivity and a battery life that offers nearly 30 hours of gameplay. The Mario Pop version includes a Mario controller and many other popular items. With its impressive looks and great functionality, Mario fans couldn’t ask for more.

Question: How much does a Nintendo Switch controller cost?

With so many choices, prices can start as low as $20 for budget options and special editions can go up to $100.

Question. How many controllers can you connect to the Nintendo Switch?

It depends on the type of controller. Players can connect up to four pairs of Joy-Cons, eight Wireless Pro controllers, or two USB controllers.

fernando4562 fernando4562HealthDecember 10, 2022
Proper CBD Gummies taste great and are well known in the health and wellness industry for working well, having a …
END_OF_DOCUMENT_TOKEN_TO_BE_REPLACED

larisa harryDiscussionsJuly 6, 2022
Advanced Keto Tone Review Weight loss has numerous advantages and enhances physical health. There is a profusion of supplements and …
END_OF_DOCUMENT_TOKEN_TO_BE_REPLACED

A Beginner’s Guide to get QuickBooks Payroll Tax Tables Update

Lily EvansDiscussionsJune 23, 2022
The QuickBooks Payroll Tax Tables update is necessary for the users to experience the smooth functioning of the payroll services. …
END_OF_DOCUMENT_TOKEN_TO_BE_REPLACED

diann parksDiscussionsMarch 28, 2022
As the Centre has stepped in with a CBI probe, the incident has Banerjee bogged down in Bengal at a …
END_OF_DOCUMENT_TOKEN_TO_BE_REPLACED